AN AUTO REPAIR SHOP WITH A
RICH HISTORY IN WICHITA

L&M Auto Repair first opened its doors in 1967 as a general auto repair facility under Leon (“L”) and Marge (“M”) Woods, who called the shop L&M Shocks & Trailer Hitches. The Woods family provided excellent automotive services to the Wichita community for nearly three decades, until they decided to retire. They sold the shop to Howard and Betty Marquis in 1995. Howard had worked in the shop since its opening, and he and Betty continued L&M’s tradition of offering quality auto repair to Wichita drivers.

BY CONTINUING A TRADITION OF AUTO REPAIR EXCELLENCE, WE’RE MOVING THE PAST INTO THE PRESENT.

Caleb Shrout came on the scene about 20 years ago, when he started working for Howard as a teenager. His passion for vehicles started at a very young age, with his first real “build”—a 1954 F100, which he not only still has, but continues to use as his daily driver! While on summer breaks from college, Caleb continued to work for L&M, and during the school months, he would fix vehicles for other students in the parking lot on campus. He called his business 5ive 4 Auto after his beloved 1954 F100.

Toward the end of college, Caleb realized he wanted to give running his own automotive business a shot, and his passion for vehicles was (and continues to be) the driving force to make that happen! After earning his bachelor’s degree in Business Administration and marrying his wife, Erin, the couple moved back to Wichita to buy L&M. (Howard was very happy to pass on the shop, knowing it would be in good hands. And he could finally retire!) On September 20, 2006, Caleb’s dream became a reality when the Shrout family became L&M’s sole owners. 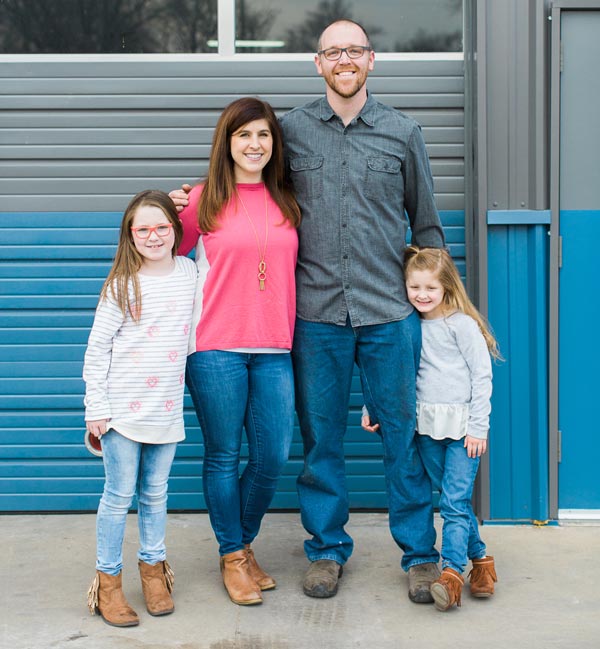 We mentioned Caleb drives a 1954 F100 he restored himself. Well, before Caleb and Erin got married, he wanted to share with her his love of hot rods, so he built her a 1948 Plymouth Deluxe. Erin uses the Deluxe as her daily driver, toting kids to school, lessons, and extra-curricular activities. She gets a lot of interested looks wherever she goes!

OUR MISSION AT L&M AUTO REPAIR

Here at L&M Auto Repair, we strive to provide honest, quality repairs done right the first time. Open since 1967, we care about our community, our customers, and giving them a safe, reliable vehicle they can trust.

At L&M Auto Repair, we work together as a team to deliver the best customer service, repairs, and final product to you when you bring your vehicles to our shop. We stand by our work, and always do what we say we will. 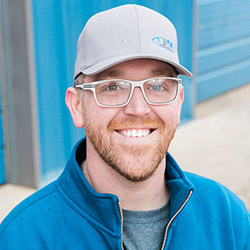 Caleb grew up in a close-knit, military family that lived all over the country. (In fact, one thing that stayed with him wherever they went was his love of cars.) Since the age of 15, Caleb has been building and tinkering with his own personal hot rod, a 1954 F100—a passion that lives on till this day. As the owner of L&M Auto Repair (for 10 years and counting), Caleb has expanded the shop from a 5-bay garage to an 8-bay facility with a beautiful, family-friendly waiting room. He now has 20 years of experience diagnosing tough issues, and working with customers to meet their vehicle needs. 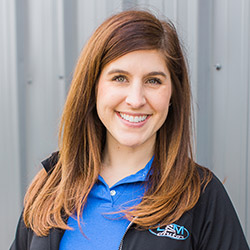 Erin was born in Olathe, KS, but moved to Wichita when she and Caleb got married. She has always managed the shop’s finances and assisted with office tasks. Erin brings a strong energy to the shop, and helps Caleb dream big and put actions into place to make those dreams become a reality. Her focus is marketing and advertising to reach new customers and keep current customers coming back. 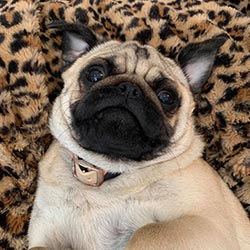 Meet Tazer Face June Shrout! She is the shop’s mascot and greeting people is her favorite duty. Tazer takes her job very seriously. In her spare time, Tazer enjoys playing with her toys, chewing on sticks, snuggling with Madie and Livy, and begging for food. She is an expert at taking naps, playing tug-a-war, and chasing birds outside. She always must be touching someone! Tazer Face wants you to take good care of your car because going on car rides is the highlight of her week. The minute she sees her harness, leash, and crate, she knows what that means! Her hope is that all her fellow doggy friends will get to enjoy car rides with their friends. So, listen to Tazer Face June and keep your vehicle in tip top shape!